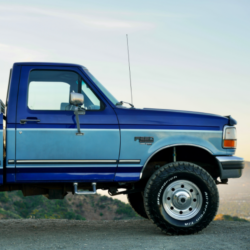 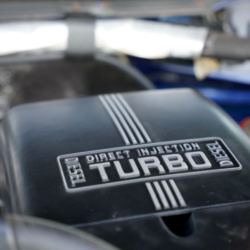 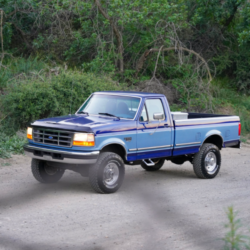 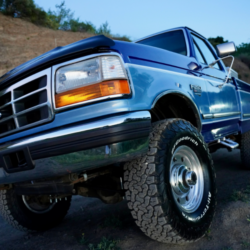 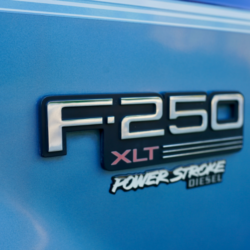 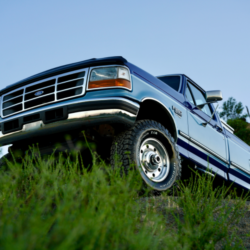 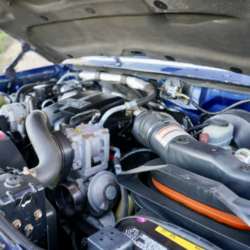 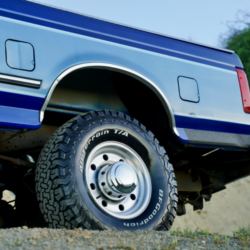 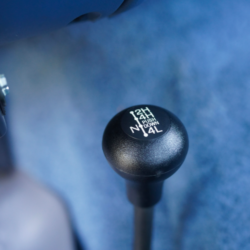 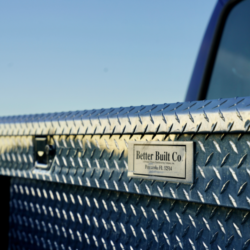 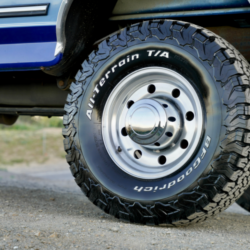 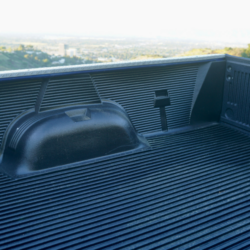 I don’t know, you might tell us differently in the comments, but this is the kind of truck that’ll have even the Chevy people looking. Vintage Chariots is selling this immaculate 1996 Ford F-250 4x4 XLT with 171,000 miles and a bevy of options and upgrades for just $29,500.

How can you not be obsessed with 9th generation F-Series trucks, especially ones powered by the 7.3L direct injection turbo diesel Power Stroke V8? You can’t. This one’s going to sell in a hurry, so act fast. 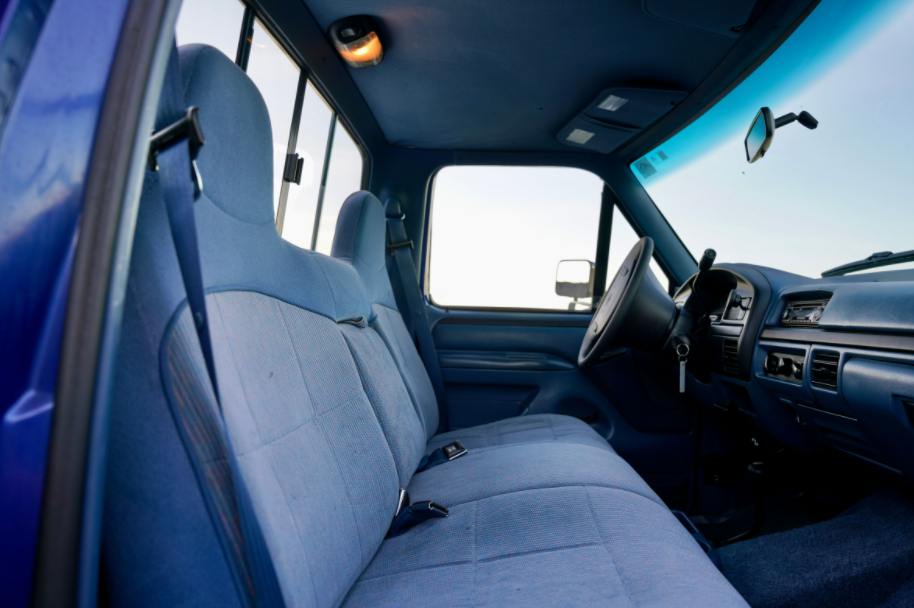 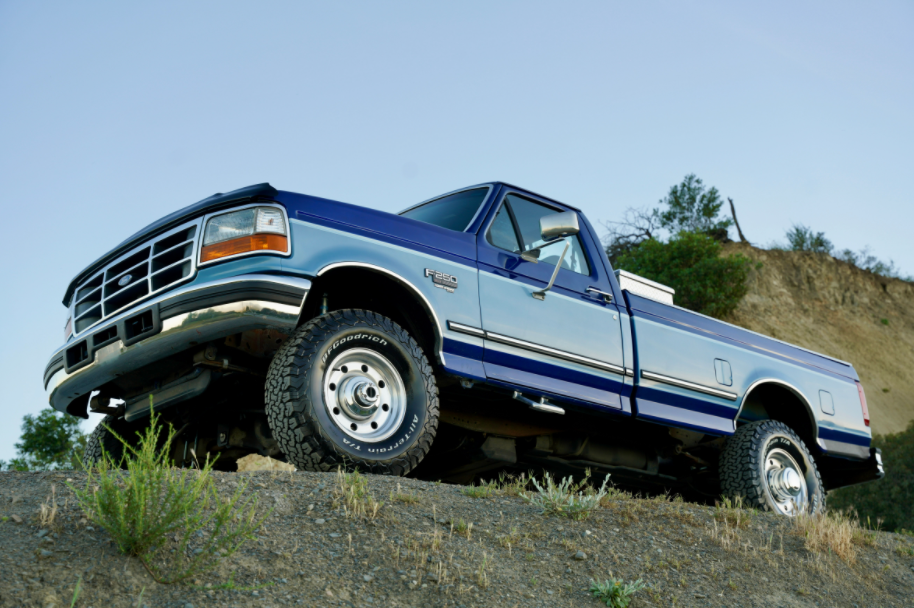 The ninth generation of the Ford F-Series is a lineup of trucks that were offered starting in 1992 and ending (unfortunately) in the 1998 model year. It was based on the chassis from the eighth generation, but was known for its improvements of the exterior, including a completely redesigned and much more aerodynamic front end. Because truck people love to name stuff, the 9th generation Ford F-Series is known as “Aeronose” and to some as “OBS,” or old body style.

9th gen prices are on their way up as collectors get wise to how insanely awesome they are. To that end, the Classic.com 1-year rolling average sale price has gone up just a tick under 20% in the last 12 months.

Add that to the fact that this double blue over blue was 1 of only 125 F-250s in this set of colors and trim, and you’ve got yourself a lust-worthy beast of a rig. Plus, it comes complete with a clean CarFax showing no history of accidents or damage, and west coast ownership throughout its life.

Here are the details: 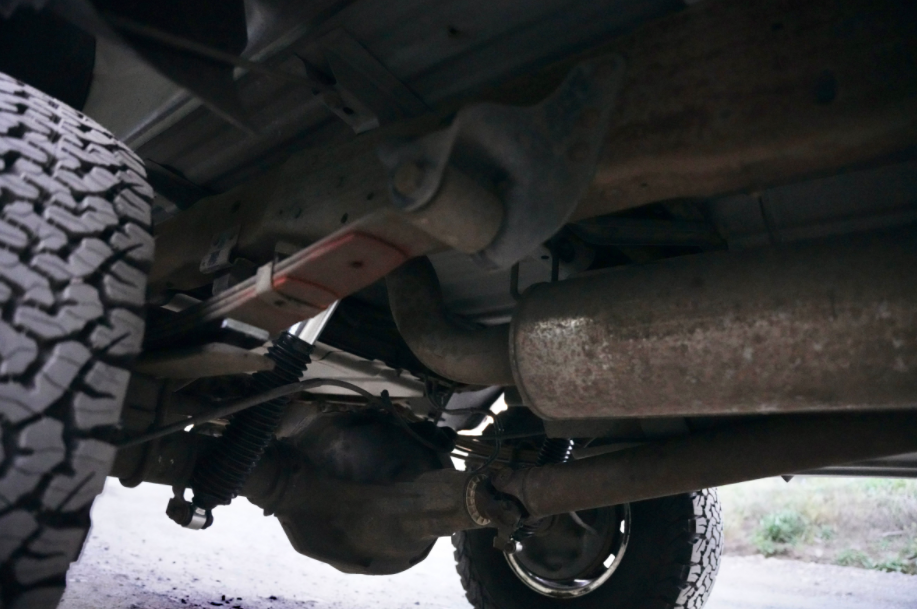 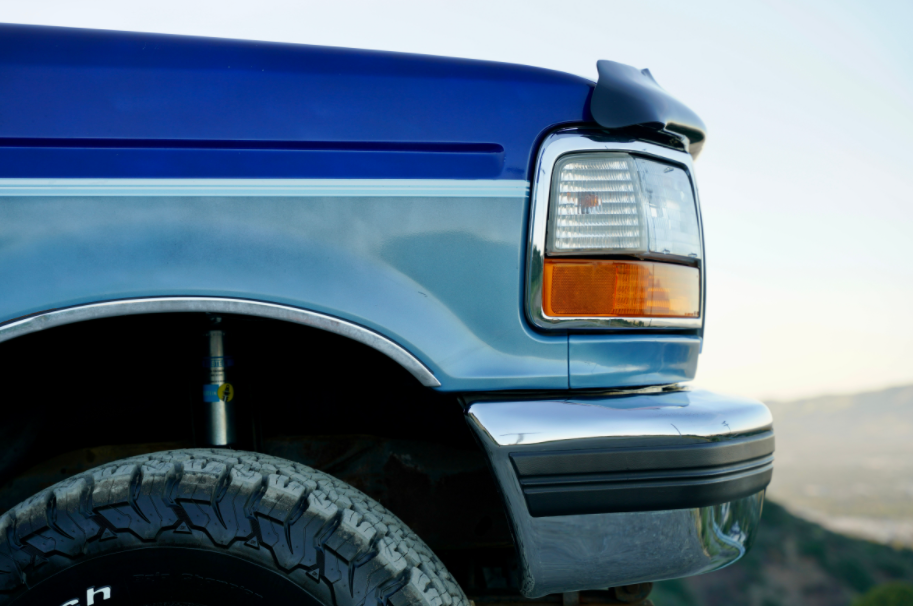 This Ford F-250 got away, but you can explore more classic, rare, and custom pickup trucks and 4x4s for sale on Fourbie Exchange.

Like this 4x4, but not sure if it’s exactly right for you? Perhaps these other amazing featured 4x4 rigs for sale might be just the ticket. 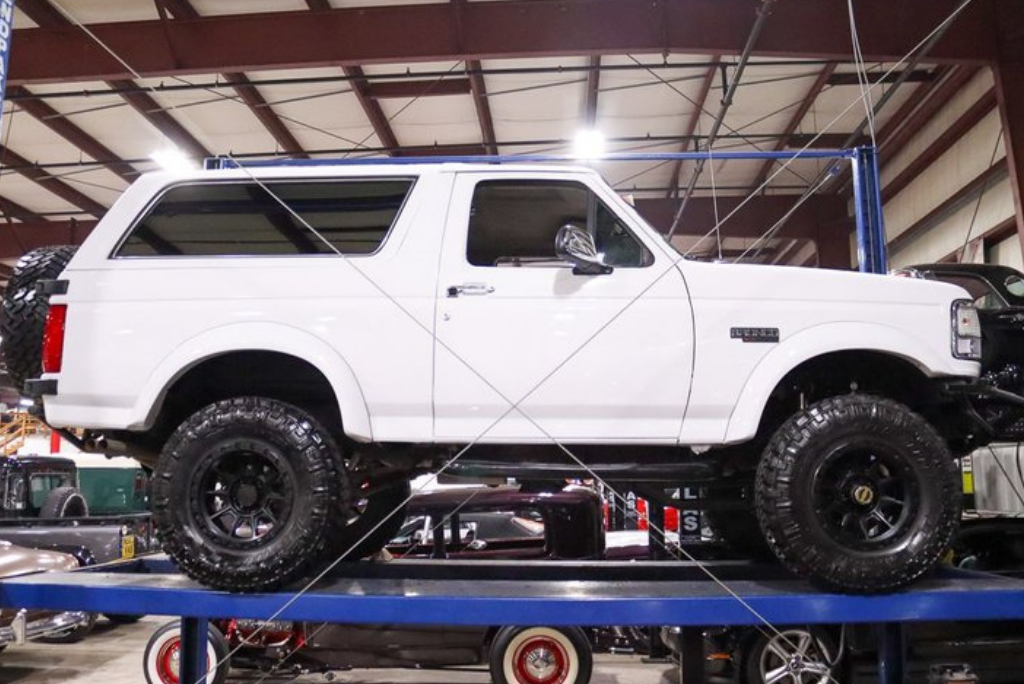 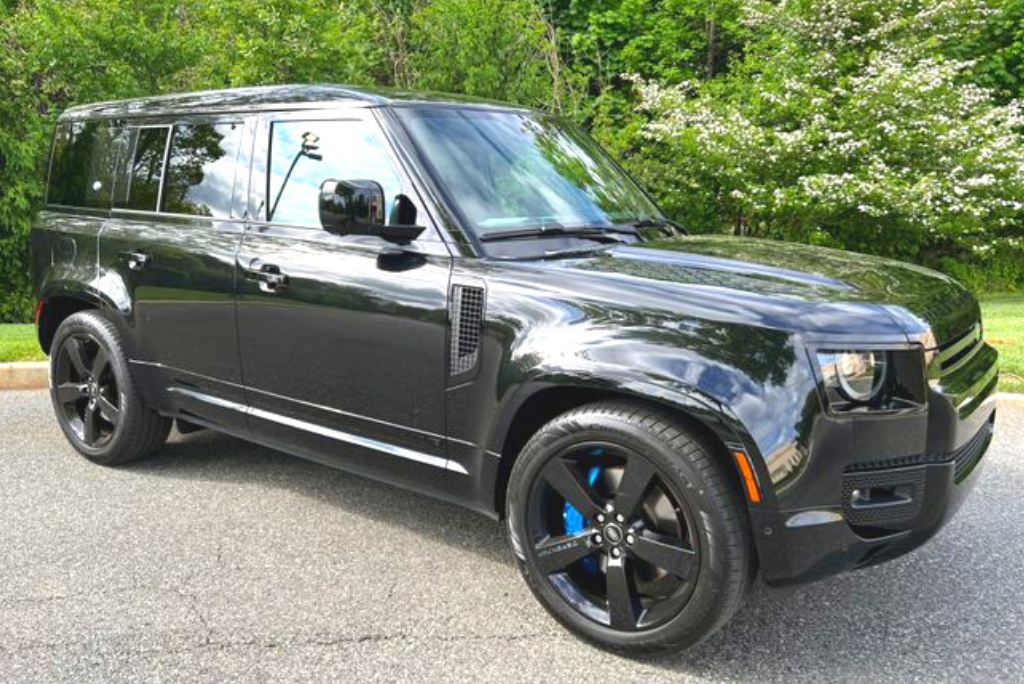 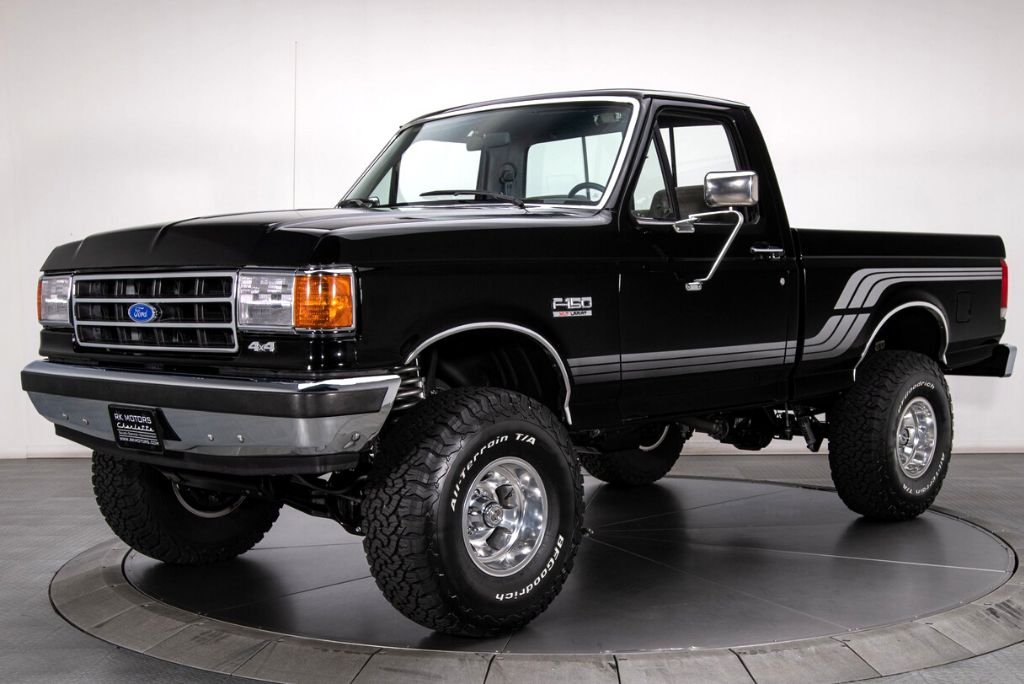 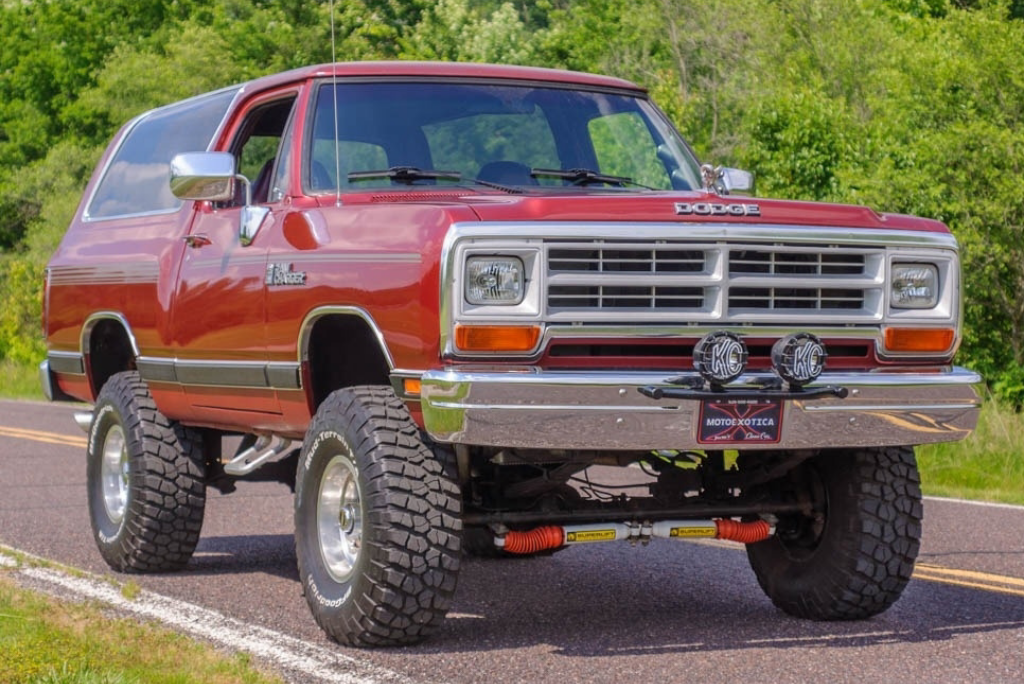 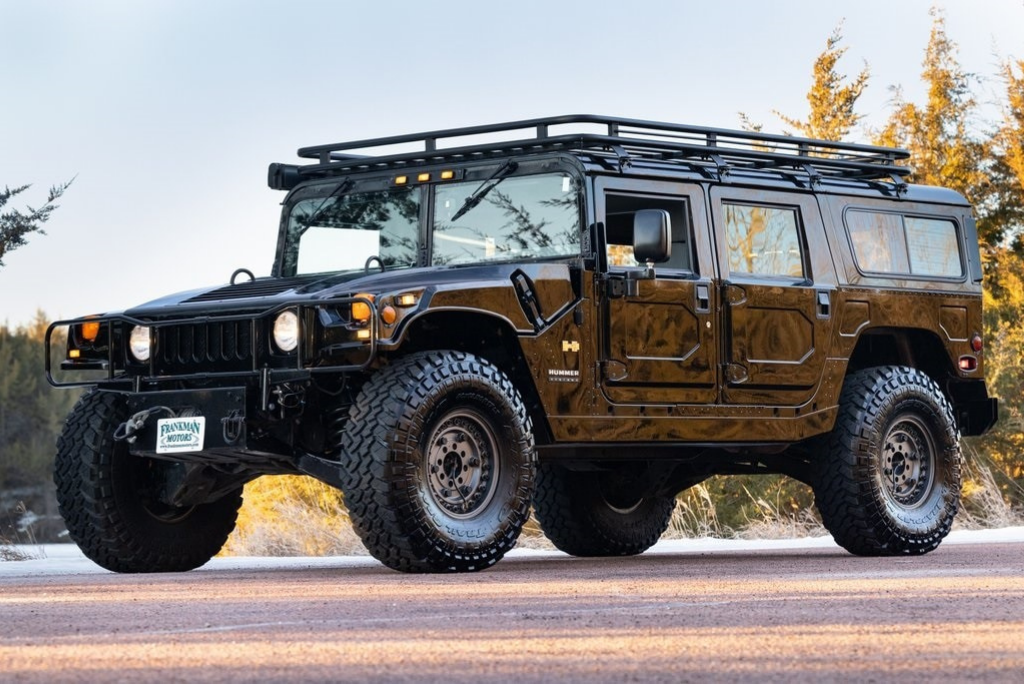